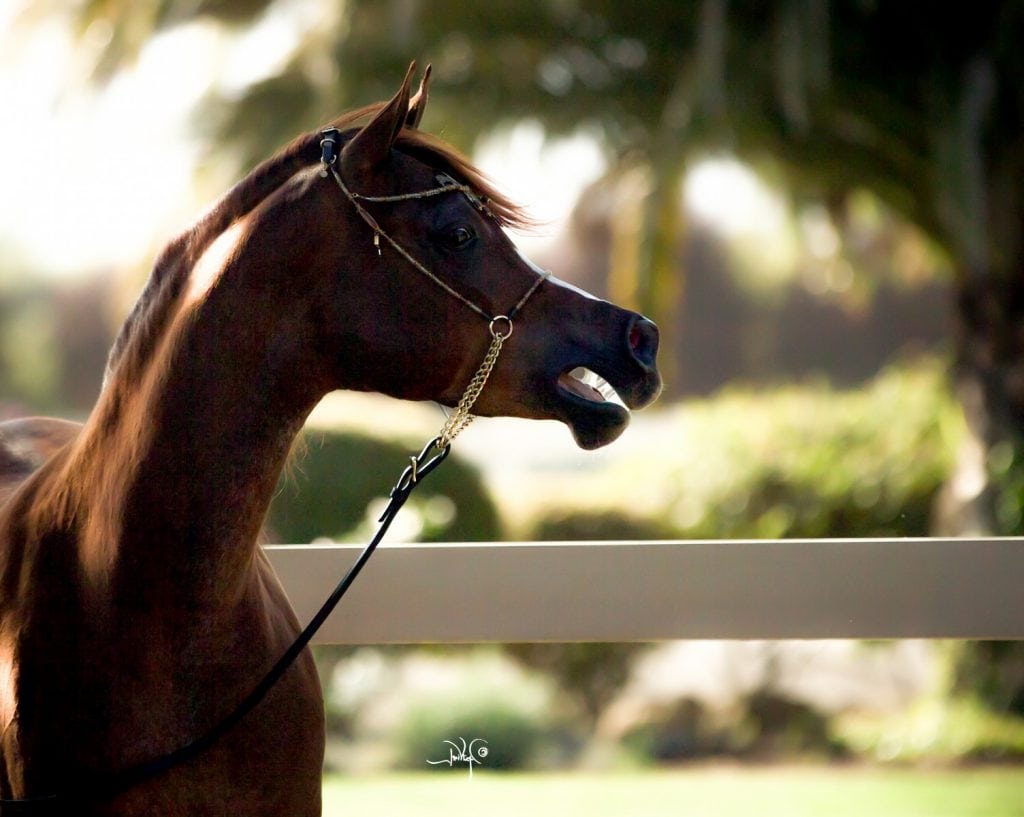 Beautiful, feminine and regal she emanates tremendous vivacity and attitude. Beshayer is well aware of who her famous parents are and has an air of distinguished nobility. Moving with powerful extravagant elegance she always puts on a dazzling display.

Beshayer has had several beautiful foals for us and is a very valuable addition to our broodmare band being the easiest and most natural mother you could possibly wish for. 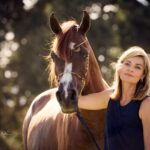 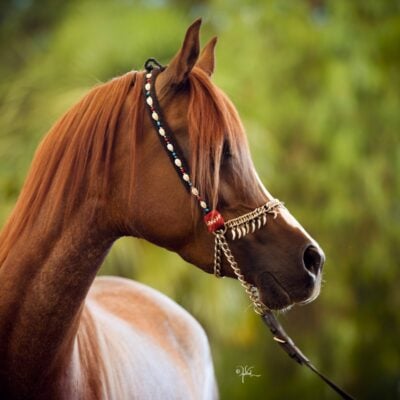 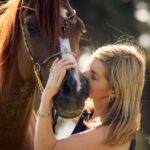 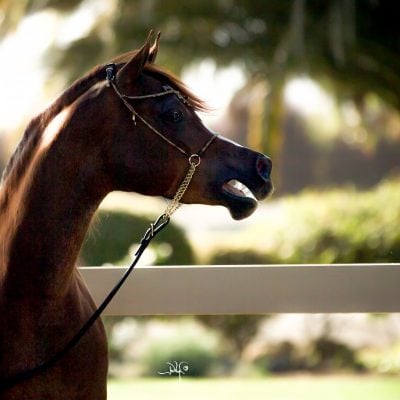 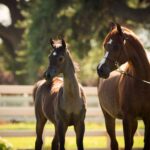 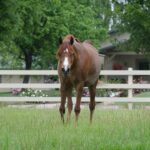 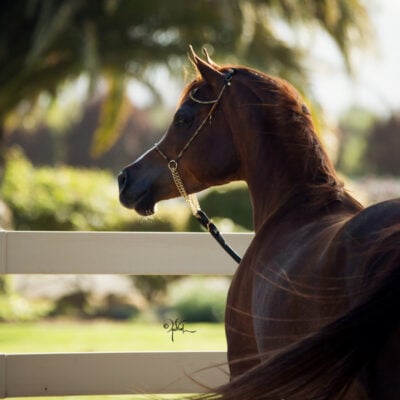